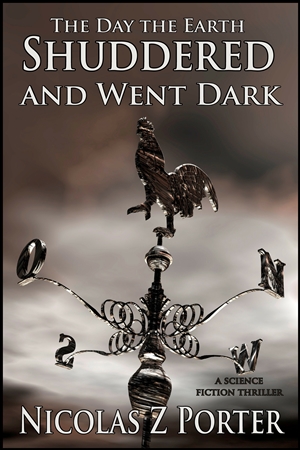 To the hard-working residents of a newly constructed ant hill, when a massive creature places a size 10 shoe atop their home, the invasion is blatant and destructive. Their children, the zygotes still wrapped in a protective shell, are crushed beneath the surface.

They weep. They mourn. They cart off their dead.
And they rebuild.

There are also other kinds of intra-planetary alien invasions. Every day, every human on Earth is invaded with millions of microbial organisms. All of them hunger for sustenance. All of them feed.

But they don’t come swooping in from a distant planet in spaceships, so we pay them no mind. Our scientists even label some of them benevolent or beneficial.

But what if a group of truly alien microbes—alien even to the earth itself—came swooping in from another planet? Or farther out?

Traveling a vast distance over an incalculable number of years, a massive cloud of microbes enters the solar system. The collective speeds inexorably toward Earth.

In the early morning hours of a May 20, 2108, it slaps into the Pacific Ocean several miles off the California coast. And billions upon billions of microbes are jarred loose.

They awaken from their stasis. They ride the wind and fall to the earth in rain. They flow along in rivers, streams and lakes.

Within hours they cover the western United States, western Canada and Mexico. Within days they cross the Atlantic and spread around the world.

Awakened from a long sleep, they hunger. And they eat. Voraciously.

They prefer the warm-bloods. Mammals die within minutes of contact. Including humans.

This title will be available in print before Christmas, 2016.

Now available for preorder as an ebook at all ebook retailers, including Amazon, Apple, Smashwords, Barnes & Noble, and Kobo. The title will go live on October 1, 2016.