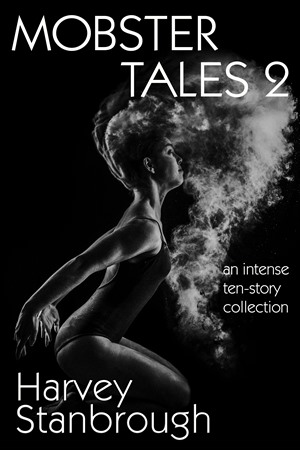 In this rollicking, gat-filled collection of eleven short stories, you get to see both sides: The mobsters and the cops. The perps and the victims. The guilty, the innocent and the merely complicit.

These guys create and dispose of bodies, brag and complain and finagle a way out where no way out existed before. Come along for a wild ride!

In most of these stories, we hear from the mobsters themselves. And these are not mere “gangstas,” wearing filthy, ill-fitting jeans and unlaced combat boots while holding a pistol sideways so they look cool when they squeeze off a round.

In one story, the reader will slip into the skin of a detective doing the much harder job on the other side of the mobster’s macabre task.