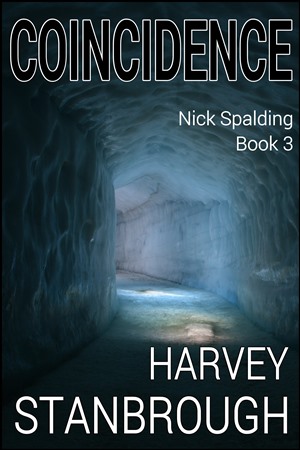 In this third installment of the Nick Spalding series, Nick and Marie learn the enemy has a secret: a vast underground munitions bunker with enough weapons to continue the war for years.

But the Others have also brought in a massive weapon that will enable them to win the war and force capitulation of the country in a matter of hours.

Only one man, and his partner, can stop them. Nick is torn between wanting to keep Marie safe and wanting to teach her what she hungers to learn: everything he knows about waging war.

Nick Spalding has been a warrior, both military and civilian, most of his life. He’s seen the good and bad in life, and he always knows which side to come down on.

He also knows he’s probably destined to come down alone. With few exceptions for brief periods of time, his has been a solitary life.

But there’s something very different about Marie Delacroix, who made her debut in Book 2.

She wants to be his partner. A real partner in every aspect of his life. And she truly is unlike anyone he’s ever known.

Life truly is a series of transitions. And many of them are wrapped up in coincidence.

Available as an ebook at all ebook retailers via this Universal Link: https://www.books2read.com/u/mZ5JBp.