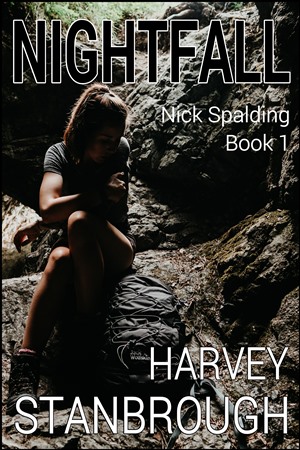 Nick Spalding has been a warrior, both military and civilian, most of his life.

He’s been in places and situations where decisive action is not only allowed, but necessary. But he’s grown weary of that life.

But he opted to drop out of that life and out of his chosen profession. He takes a job on the docks, one where the biggest decisions are whether and how tightly to snug the boats to the pilings against an incoming storm.

The only other Anglo around, Mary Jo McWherter has also experienced war, hers in Northern Ireland. She too has dropped out and is escaping her own past. She works as a waitress in a road house near town.

But for both of them, where you work doesn’t change who you are. Some folks are just cut from a particular cloth.

When Nick and Mary Jo join forces, both romantically and as comrades, their services are in high demand. But how long can it last?

Available as an ebook at all ebook retailers via this Universal Link: https://www.books2read.com/u/mZ5JBp.