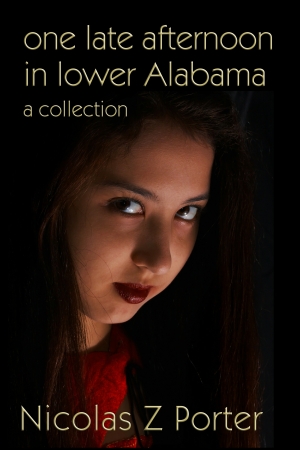 In “Old Suits,” the first story in this intense collection, a writer and his dying friend travel to Pamplona for the running of the bulls. It is the friend’s attempt to truly live just one more time.

In “Training Macon,” well, training can take many forms, from a good old-fashioned thumping to much worse treatment (that will leave the reader smiling).

In “At the Bus Station,” which is based on a poem by the same name, a young couple arrive in a bus terminal. Both are nervous at their impending separation. We assume it’s a sad time for them, but is it? Are they running from a problem, or merely solving it in a different way?

In “Quite a Thing,” you are dropped into a Marine Corps infantry patrol. Along with your companions, you’re entering a village to the sounds of fireworks. Or maybe it’s bullets. You feel tired, fatigued, and decide to rest for a bit, as it turns out, alongside an old woman who reminds you of your mother. Maybe nothing is all bad, as it turns out.

And in the title story, in southern Alabama things move at their own pace and are very seldom what they seem. These character-driven short stories will remind you of Hemingway’s works in his later years.