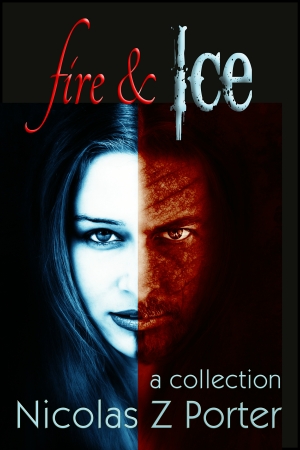 In “Marie,” Charlie Porter, 25, is stuck in a small town where nothing exciting ever happens. Or does it? Only the mafia hit-woman knows for sure.

“The Moral of the Story” is a moral about morals. A stranger visits a peaceful village and is welcomed. Why is he there? Is it a test? Only time will tell.

In “The Waiting Room” of a psychologist’s office, a man engages a woman in a conversation about personal responsibility and the mores of society. And then he does a great deal more.

In “One Evening on the Pier,” the character encounters a living vision on a pier. In the dark.

And in “The Common Good,” Ellyn Cochran comes to find that everything is not always as it seems, even in the liberal fairytale world she has hoped for. This is a cautionary tale that is uniquely and unfortunately American.

In “A Vanilla Shake for Martha,” a story in which an elderly woman and her husband take a journey through a small west-Texas town and her memories.

In “A Settled Grave,” having just buried one child, how far a young mother and her doting husband go to get another one?

In “Ivan Hogue,” an interplanetary hunter storms into a tavern on a mining outpost on Andula. He’s looking for a beast. Or a man. Or maybe a spirit. He isn’t quite sure. After all, one man’s god is another man’s monster.

In “An Elegant Gesture,” there is a fortune teller; a bent, crippled old man; and a post-apocalyptic setting — what could possibly go wrong?

Finally, in “Fire & Ice,” a homeless veteran wanders the streets wearing the rag-draped bones of a reluctant prophet. He struggles with his ghosts as he vascillates between The World and his own reality, reliving the day he watched his best friend die. Does his very existence curse your life? It at least enables you the freedom to decide.