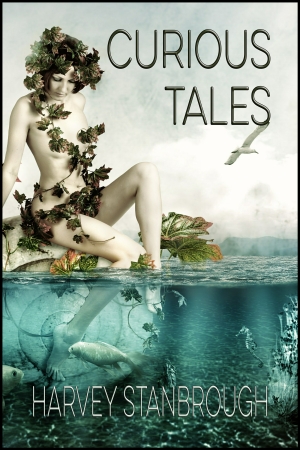 In “Title Goes Here,” the first story in this intense collection, a janitor is cleaning an fiction mill in the wee hours of the morning. Surrounded by IBM Selectric typewriters, he decides that he could do as well as those who work here. He sits down, turns on a typewriter, and writes. But he’s waiting for something. Or someone.

In “The Baby,” a state police officer is called to investigate an eerie, heinous crime at a rest area. It has to do with an infant, a strange crowd of onlookers, and a key witness, all in a maddening, constantly thrumming rain.

In “Brain Food,” what if an elderly woman gets it in her head that fish really is brain food? And what if she decides if a little of something is good, a lot more would be better?

And finally, in “Tradition,” a pretentious, abusive director is shooting a horror film outside a small town. To save money, he buys the talents of a Patrick Campbell lookalike. In the lead role, he really is just being himself but takes great offense at the director’s presumption that he has cornered the market on what’s real and what isn’t. As we all know, that’s for the reader to decide.