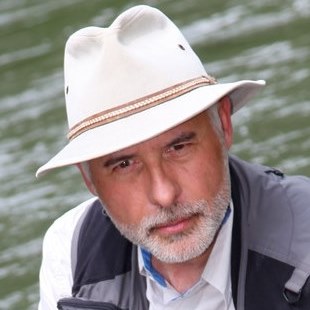 Nicolas Z. Porter is an expatriate, having moved in better times from the United States to a small place in the hills above the fishing village of Agua Rocosa.

Nick is an adventurer. He enjoys deep-sea fishing, trout fishing in the back country, and engaging intimately in the revolutionary struggles of other lands. He also throws himself wholeheartedly into any other endeavors that might serve to refill the well of experience from which his stories evolve.

A man who believes in himself and that a line, once drawn, should remain where it is, Nick staunchly eschews the domestic disturbances in his home nation. Asked why, he says, “The citizen throw away their votes or don’t use them at all.” He follows that with a shrug. “They simply don’t care. As a result, they get what they get. They’re slowly edging toward slavery and statism, and they richly deserve it.”

He unapologetically takes full responsibility for his own life and flatly refuses to accept responsibility for poor choices made by others. He has been known to say, “You set your own priorities, so don’t whine about it. The whining destroys my concentration.”

To read an interview with Nick, please Click Here.

Below is one of Nick’s many short stories. Enjoy. 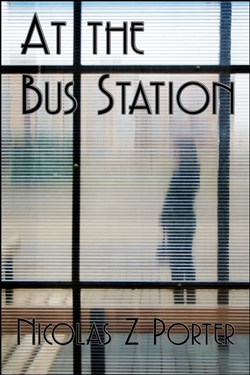 At the Bus Station

At 4:48 a.m. the young mother-to-be and her escort pulled open the glass double doors and entered the Greyhound station. The floor was the irregular, reddish-yellow saltillo tiles. The bottom five feet of the walls were a yellowish-brown ceramic tile with fine, even grout. Only a few tiles were cracked or altogether missing. Above that the walls were painted in a semi-gloss that had been white at one time. It was more of a desert-bleached bone color now. The ceiling was twenty feet above them and tinged the same. Several feet overhead were four huge fans. Each dangled at the end of a thin, spindly conduit, which was precariously attached to the ceiling by some invisible means. The long, narrow blades—five per fan—barely mixed the air.

The couple took up positions at a bench. She sat near the middle and slid a small duffel bag under the bench between her feet. A light jacket was folded between the handles. She kept her purse, a tightly knitted bag the color of burlap, on her lap. She rested her hands on the bag and glanced up at him, then looked at the bag again.

He opted to remain standing, one foot balanced on the edge of the bench, like the Captain Morgan ad or a cat ready to spring away at the first impetus. He looked around, searching, then asked whether she wanted something to drink. “There’s a coffee machine.” He couldn’t help but force a smile. “It’s on me.”

She glanced at him and tried a smile, her lips tight. Then she looked down. Her voice was soft. “I… don’t drink coffee.” She set her purse on the bench beside her on his side. She absently clasped her hands together between her knees, moving one palm against the other. She enjoy the slight warmth they generated. Two things rubbing each other the right way, she thought. It almost brought a smile.

“Oh. Right. There’s also Coke and Dr. Pepper and….” He looked around again, squinting in the direction of the soda machine. “Sprite, I think. And Dasani.”

“That’s okay. I’m not thirsty.” She flexed her fingers, folding them through each other for a moment. Then, her fingers still interlocked, she squeezed. The pressure her knuckles generated against each other was amazing. She unfolded her fingers again.

“Okay.” He looked around again for a moment. The ticket window guy looked tired. And old. He’s gotta be at least 40. Wonder if he ever—

“Could you watch my bag for a minute?” She stood and picked up her purse, slipping the loop over her shoulder. She headed across the terminal for the faded white-on-blue sign that read Women.

He watched her go. “Sure.” He glanced down at the end of her duffel bag, then looked at the ticket window again. The man wasn’t there. The clock above the window read 4:51. He looked across the station. A young woman, not much older than Melanie, quietly hushed her son—he appeared to be about two years old—then turned back to the infant she was cradling and murmured something soothing in that sing-song lilt that’s natural to mothers. The little boy slid farther back on the bench, momentarily out of his mother’s peripheral vision. He wiped his nose with the back of his right hand up, then looked at Jay.

Jay looked away, glancing in the direction of the bathroom, then at the glass double doors to the sidewalk, then back at the young boy and his mother. The boy was sitting on his hands, self-correcting. The mother was still preoccupied with her infant.

The only other occupant of the station was an old man, probably 50 judging from the salt-and-pepper stubble on his cheeks and chin. He was sitting on a bench two rows behind the young mother. His hands folded in his lap, he seemed to be focused on nothing. Jay studied him. His eyes were open, and the angle of his head put his gaze about halfway down the bench in front of him. His chin wasn’t quite on his chest. Despite the unseasonably warm temperatures even for Lodi, he was wearing a weathered wool overcoat and an older, time-worn fedora.

Jay glanced around the station again. The ticket window was still empty. There was an almost invisible crack in the wall next to the clock, which read 4:54. He allowed his gaze to trace the crack as it ran up above the ticket window. About three feet up it abruptly turned left, continued a few feet, then climbed again, then turned left again, then climbed toward the ceiling. One of the fans caught Jay’s attention. It was rotating slowly. He imagined it had hung in that one spot, the blades cycling through the same plane, mixing the same few feet of air, forever. He thought of the ponies at the carnival, six of them tied to an apparatus that limited their movement to the same tired circle, hour after hour, day after day, week after week. They dragged their hooves as they walked, resigned. So dead inside they probably wouldn’t leave if they could, he thought.

The beams from a set of headlights swept through the station as a bus pulled into the parking lot, its brakes moaning as it ground to a halt. There was a pop and a hiss as the driver released the pressure off the brakes, and a thin cloud of black diesel smoke wafted past the bus as the door opened. The stiff occupants began filing out. The first man off the bus came straight into the terminal through the side door. He swung the single glass door wide and headed for the men’s room. The door was still hanging open, the pneumatic device allowing it to close only bit by bit, when the second passenger got off the bus. Either stupid or inconsiderate, he paused at the base of the steps. Even over the noise of the bus engine, when the man behind him cleared his throat the sound filtered through the door. The man who’d blocked the way jumped as if he’d only then realized he wasn’t alone on the bus. He muttered, “Oh, sorry.” The other man brushed past him, accompanied by his wife, who glared at the man. A pickup truck with several stacks of newspapers in the back rumbled past in the street just as the door sighed shut. The sky outside was just beginning to grow light with the dawn.

A disembodied scratchy voice came through the speakers imbedded in the ceiling. “Ladies and gentlemen, Greyhound Lines Bus 117 will begin boarding for Modesto, Merced, Fresno, Bakersfield, and points south in a few minutes. Please mind your baggage.”

Jay thought, Mind your baggage… what a weird way to say it.

Melanie stopped behind him. “Guess that was the announcement.”

He was startled, then turned, taking his foot off the bench for the first time. “Yeah. I guess it was.”

She glanced past him, making sure her bag was still there, then looked up at him. “Guess I should probably board.”

He looked over his shoulder, then back at her. “They’re still getting off. A few of them, I mean.”

She lightly bit her lower lip, then sighed. She adjusted her purse, which was hanging from her left shoulder. “You know, you could probably take off. I mean, you know, thanks for bringing me. Oh, and waiting with me, but… well, I mean you don’t have to stay.” She took his hand. “Everything’s gonna be all right.”

For the first time that day, he looked at her pretty hazel eyes. He brushed hair away from above her left eye with his fingertips. “Yeah?”

“It might be weird if I stayed. I mean, I probably couldn’t see you once you’re on the bus anyway. Tinted windows and all that.”

She squeezed his hand, then released it. “No really, you should go. It’s probably better.”

He looked around the station again. The clock read 4:59. The second hand was sweeping past the 7. “Mel, I… yeah, you know. It’s probably better, like you say.” Awkwardly, as if it were an afterthought, he put his hands on the side of her head and bent to kiss her forehead. He straightened, then bent and reached for her duffel. He picked it up. “You don’t wanna forget this.”

He set the duffel on the bench, then put his hands in his pocket. He looked at her for a long moment. “Well, see’ya, Mel.”

He turned just a bit too quickly, his shoulders slumped a bit too much, his gait a fraction faster than a sadness. When he pushed through the glass double doors, he turned right and headed up the sidewalk to his pickup, parked by the curb.

Melanie hadn’t moved. She watched him pass by the window. Just before he moved out of sight, she whispered, “’Bye Jay.” She thought to wipe a tear from her cheek, but her fingers came away dry. “Huh.” She bent, hefted her duffel onto her right shoulder, and headed for the single door that led to the Greyhound bus and her future, an overpowering sense of relief her only friend.