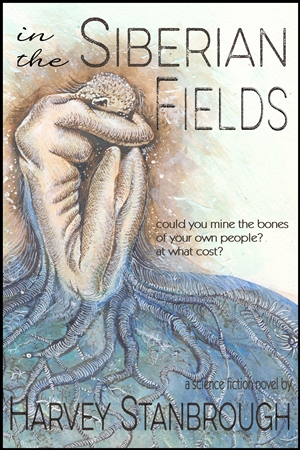 Could you mine the bones of your own ancestors? And if so, at what cost?

In the early 22nd century, the Earth is governed by the World Equality Organization (WEO). Like all corrupt governments, they not-so subliminally plant imagined problems for the citizenry, then parlay the citizens’ fear into power.

The Jewish people, who for centuries have been considered “God’s Chosen,” are seen as a barrier to true equality. To illustrate their devotion to equality, the Justices deem Israel a non-entity and toss it to the Arab nations for partitioning. And the Arab nations promptly go to war against each other.

In the meantime, the WEO institutes a program for the “registration, relocation and reunification” of all Jews. The program comes complete with the promise, “If you like where you live, you can stay where you live.” They even establish the first expansive lunar colony, ostensibly as a new Jewish homeland.

Soon the WEO begins a massive purge, during which Jews are rounded up and relocated forcibly—into mass graves.

However, many people around the world see what’s coming and act to save as many Jewish children as possible, raising them as their own.

One of those children is the eight year old Jonathan Kirski. He is raised by a quiet German couple and has a fairly good early life.

But he can never shake the stigma that his parents gave him away. Even when he understands why, he is bitter that he was not allowed to stand and die as a proud Jew, as his parents had always taught him.
Now the lunar colony needs an extract from human bones to sustain its construction.

Jonathan attends the Interplanetary Mining Academy. He ranks high enough in his class to choose any assignment he wants. And as a kind of combination punishment and penance for not being good enough to stand alongside his father, he chooses to spend his life mining the bones of his own people in the mass graves in Siberia.

Unlike those buried in other mass graves around the world—from arid deserts to perenially moist tropical climes—in Sibera the bodies are practically flash frozen, so the faces are always there.

Jonathan was prepared to do what he had to do. Are you?

This title is not available in print.

Available as an ebook at all ebook retailers, including Amazon, Apple, Smashwords, Barnes & Noble, and Kobo.