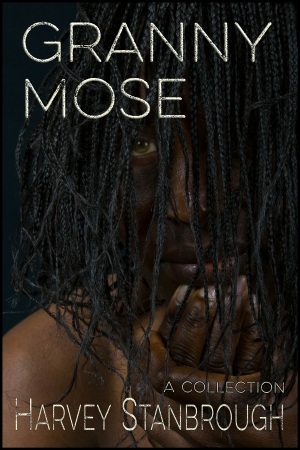 In “Jumper,” a professional writer at a conference meets a wannabebutneverwill, and this one apparently is one over his limit. Maybe.

In “Theorem,” on a porch out in the deep woods a couple watch a storm roll in and debate what happens at the momen of death. Janie is a collector, but a collector of what?

In “Shattered,” a hard-luck woman gets mixed up with the mob but pays an unusual price.

In “This is Not a Mosquito!” a man — or something — is subjected to a miniature mosquito-like creature. He believes the creature is intent on sucking his blood. But the MM’s intentions are actually quite different.

And in the title story, Grandma Moses reads signs, makes predictions, and maybe fulfills them deep in the swamps. They say gold can bring out the true character of a man, but how deep does that true character go?